Community-led innovation is about ordinary people developing and testing solutions that benefit the whole community.

The Finnish and Kenyan project managers, Peter Manyolo and Anita Lintula, took up the challenge in late 2021 and applied for funding from Fingo Powerbank to create community-based innovations. Together with Butterfly Works, a Dutch organization, Fingo Powerbank trained the applicant organizations with co-creation with the users of the product in design thinking methods. 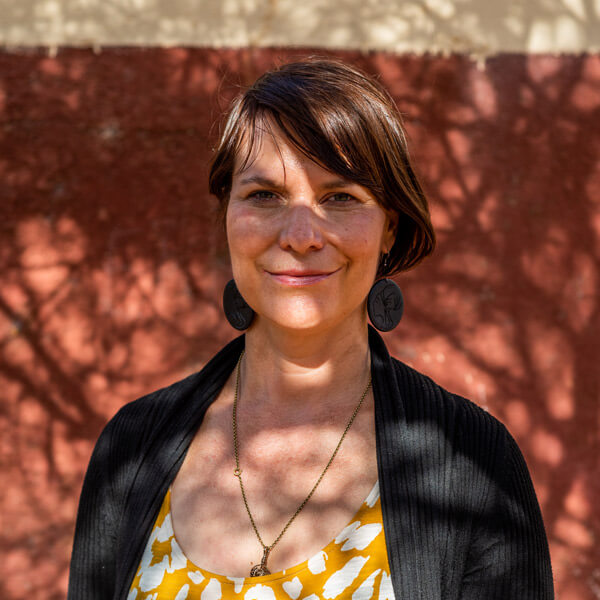 The Mifuko Trust’s WASH and Grow! project promotes ecological sanitation and the circular economy, including building model dry toilets with sanitation ambassadors trained during the project. The project's challenge in its first year of operation in 2021 was the high cost of dry toilets in relation to local income levels, which was originally approximately €800 each. Without financial support for the project many dry toilets at this cost could not be built, despite the awareness of women and families of the benefits of ecological sanitation and the fertilizer it provides.

The Finnish and Kenyan project managers, Peter Manyolo and Anita Lintula, took up the challenge in late 2021 and applied for funding from Fingo Powerbank to create community-based innovations. Community-led innovation is about ordinary people developing and testing solutions that benefit the whole community. Together with Butterfly Works, a Dutch organization, Fingo Powerbank trained the applicant organizations with co-creation with the users of the product in design thinking methods.

Mifuko Trust was awarded the €8,000 innovation funding - fantastic! This year we have used the award to work with women's groups, builders and local government representatives to design and test two models of toilets costing up to €500.

Involving the community reduced the cost

Representatives from local women's groups, local government and the toilet construction team took part in a series of workshops to explore the everyday lives of people and to come up with more affordable toilet models. Based on the conclusions from the workshops, architect Vilma Autio designed two toilets at almost half the cost. These factors, among others, reduced the price of the toilets:

The project team has also worked hard to improve the accessibility of the toilet design since the end of 2021. Community members did not want to compromise on accessibility, so a low ramp was built instead of stairs to the toilets.

The owners of the dry toilets were chosen together

As a group, it was decided to pilot two models of latrines, one with recycled sheet metal and the other with pressed bricks. The recipients of these toilets were chosen by the board of the Mifuko Women Development CBO, a local women's grassroots organization. They wanted these toilets to benefit the most vulnerable and also to serve as an example for others to see that they too can build their own dry toilet.

One of the selected households had a very poor latrine, while the other had no latrine at all.   Kelly is one of the new toilet owners and in the photos, you can see her previous and new toilet under construction.

The next important step is to work with the women and their communities to come up with financing options to finance toilets such as a loan fund, as € 400-500 is still a large sum for a rural Kenyan family. However, in the long run, the dry latrine will pay for itself by saving the family the cost of digging pit latrines and providing low-cost ecological fertiliser for smallholder farms. 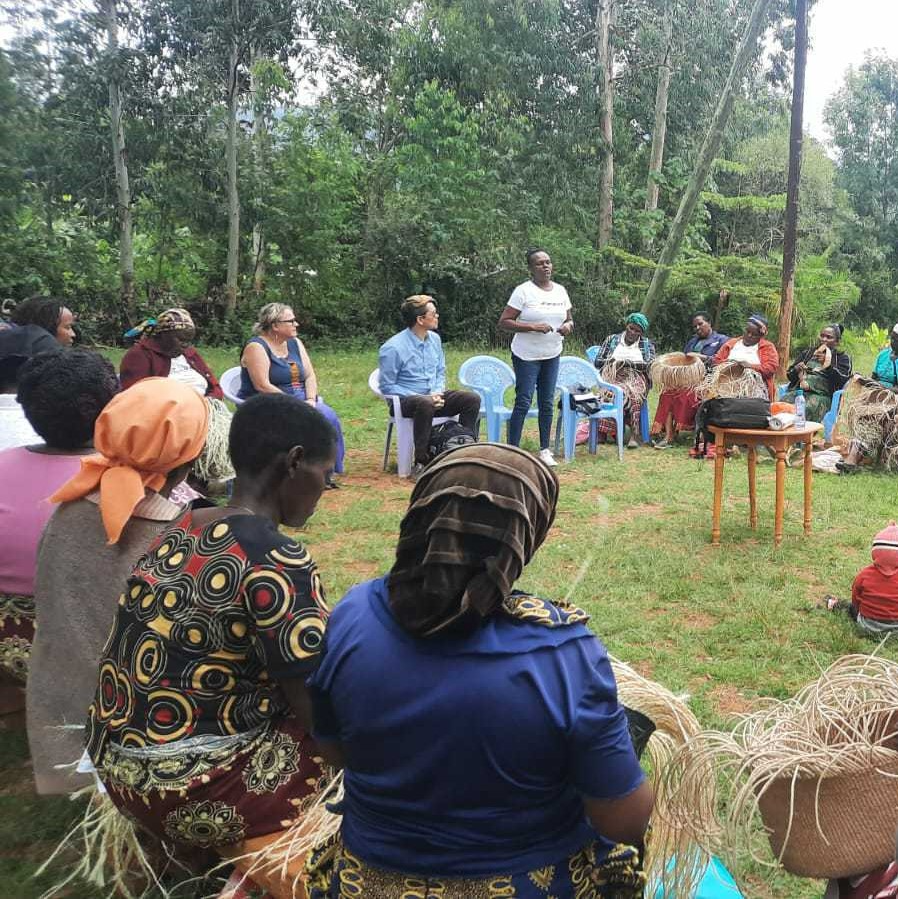 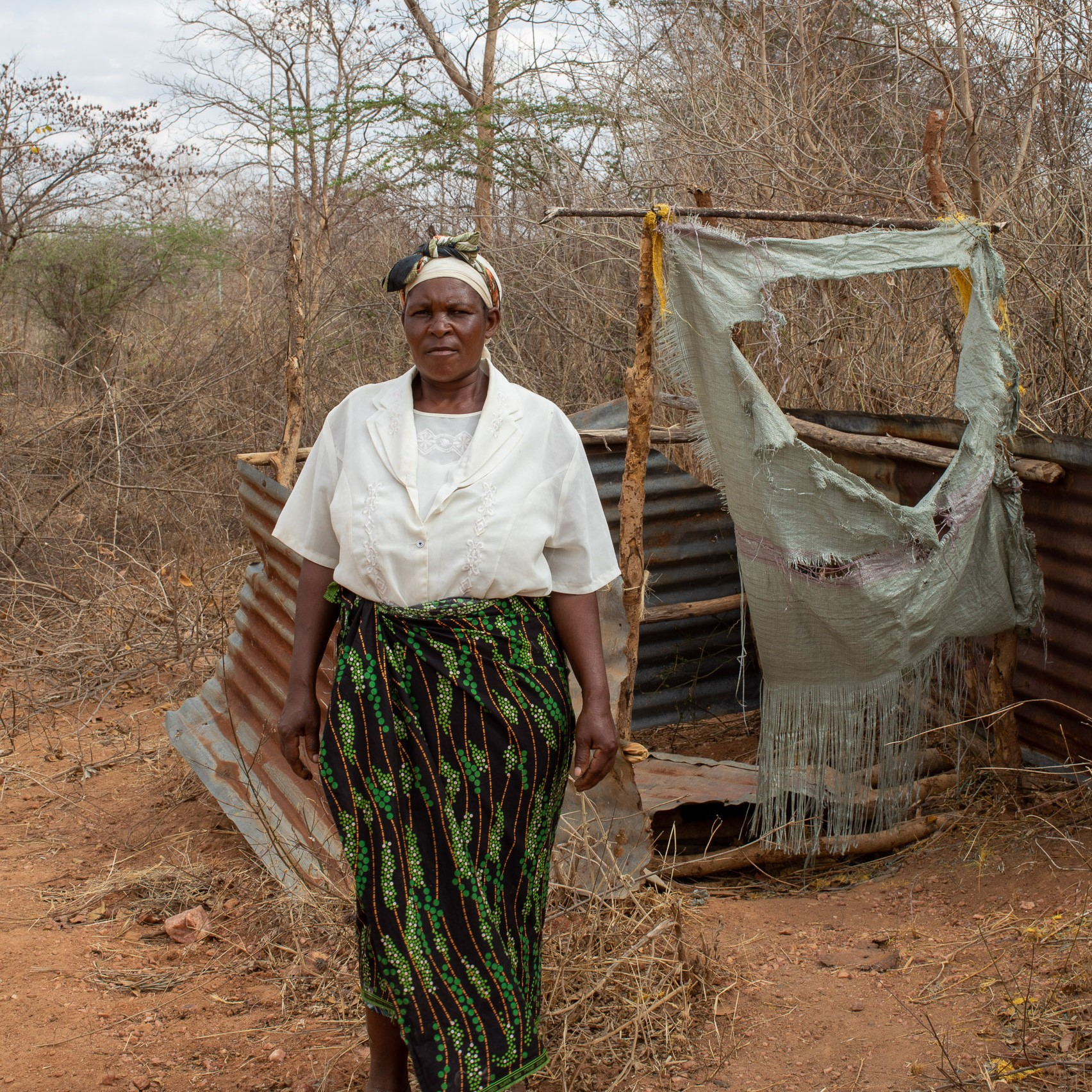 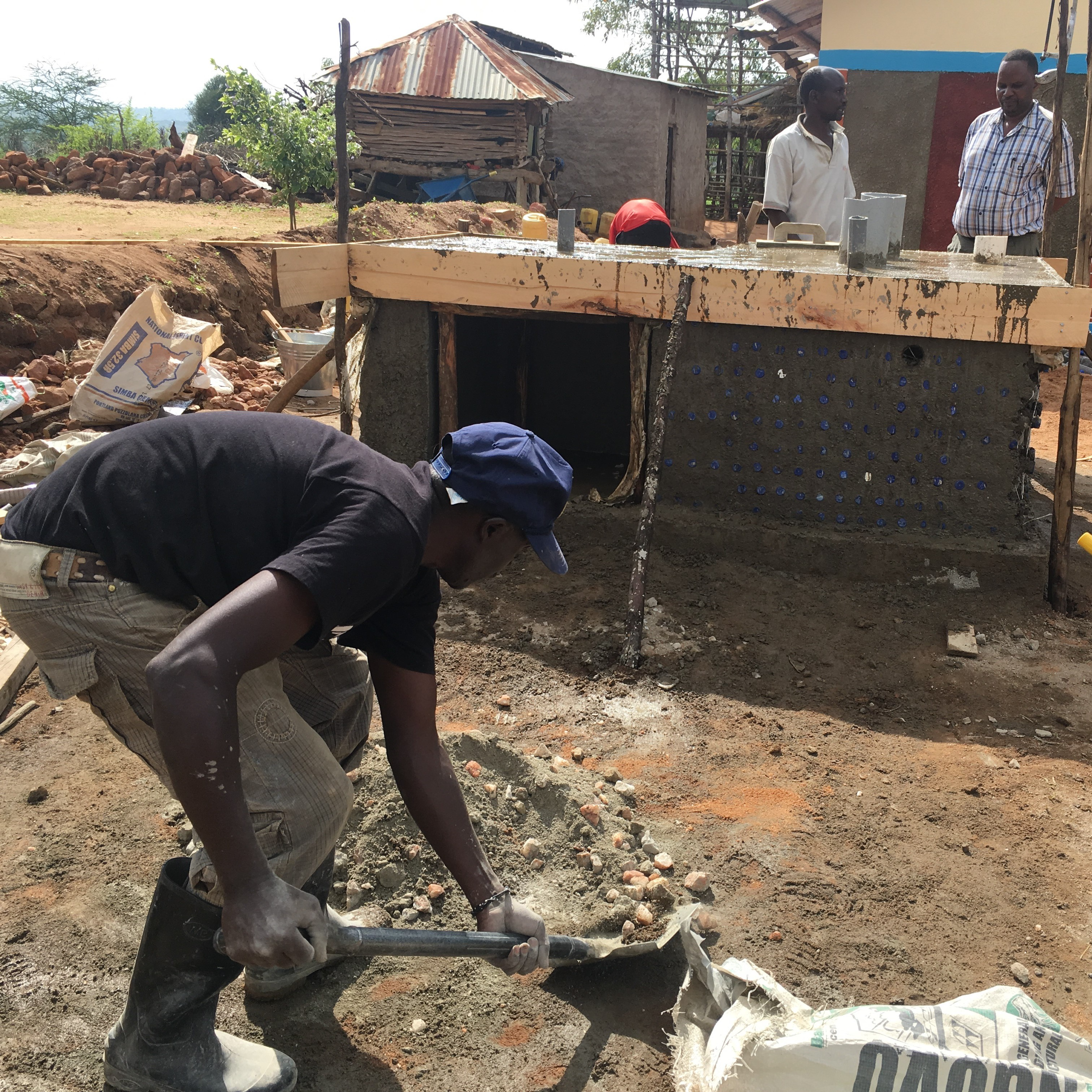 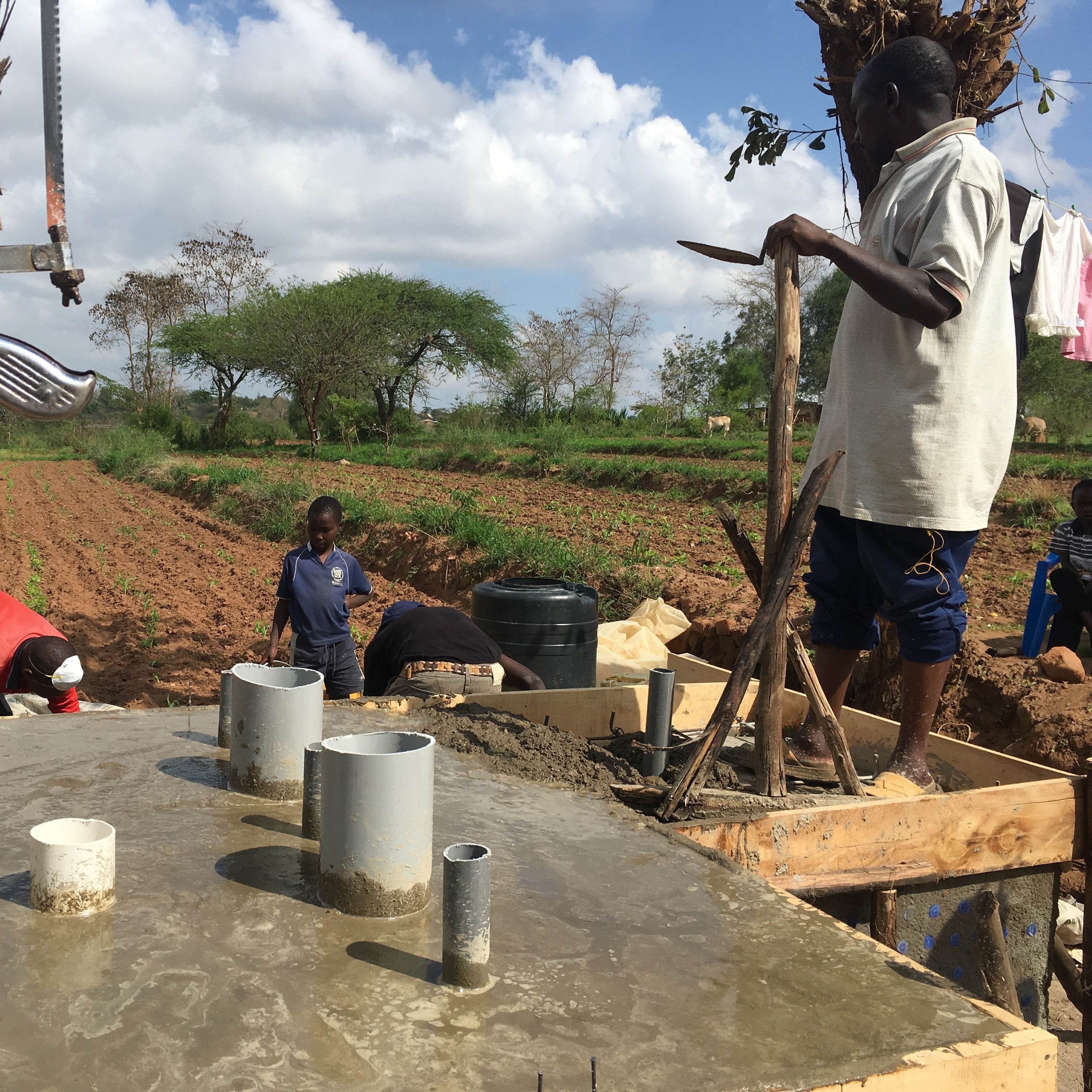 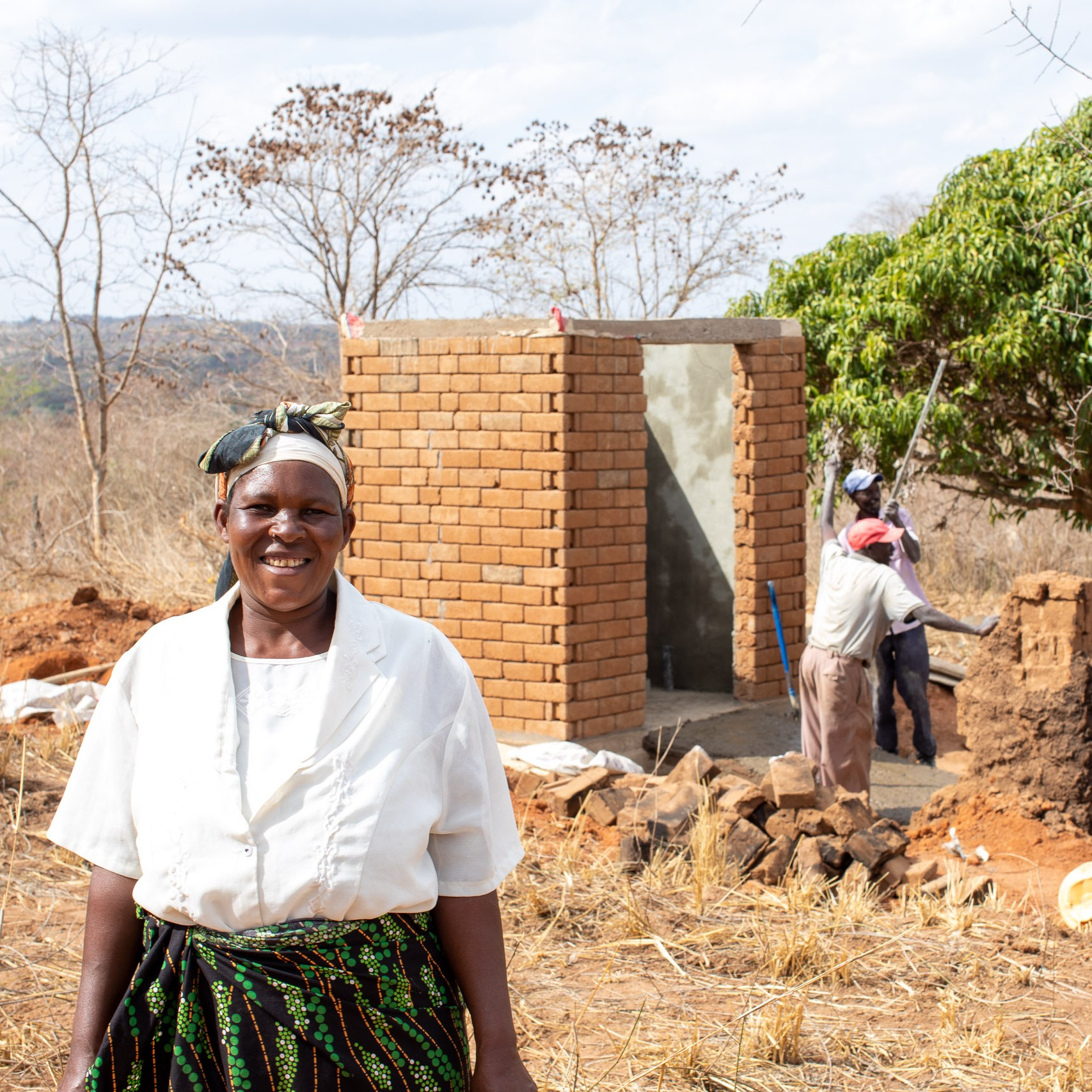 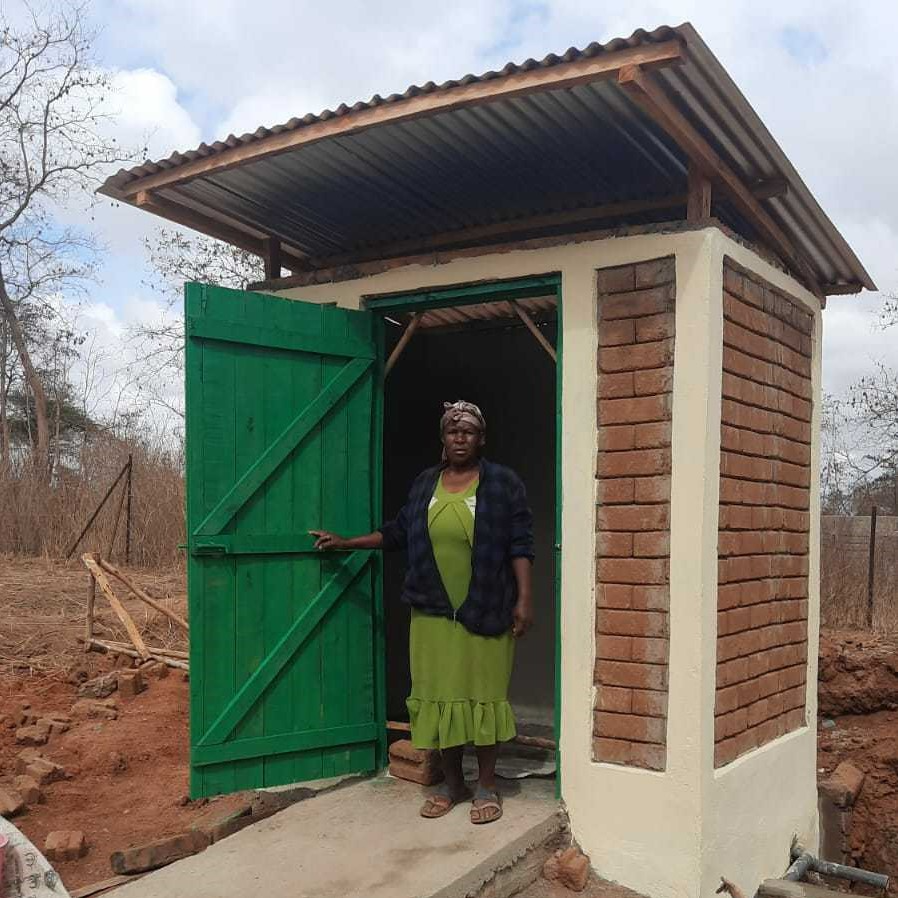